Back to the overview

The generational project known as “Schlossalm NEW” foresees construction of a mono-cable gondola lift (with cabins for 10 passengers each) in two sections running up to the Schlossalm. The new multifunction valley terminal – which will be relocated to the far side of the main road – provides for a stress-fee gateway to the ski area. Having to transfer lifts on the journey up will no longer be necessary in future. The passenger capacity will double, from 1400 to 3,000 people per hour. The new mountain station is located somewhat higher, so that it is situated at an ideal distribution point, with skiing guests able to choose from three options for their downhill run (Schlossalm, Kleine Scharte and Haitzingalm), each dropping more than 1200 vertical meters.

The new structure will replace the funicular, while the Haitzingalm double chairlift and the permanently jammed Kleine Scharte quad chairlift are to be demolished. The Sendleiten detachable quad chairlift will likewise be removed and, within the framework of the project – using the exact same line used by the current lift – replaced by a detachable eight-seater chairlift with a capacity of around 4,000 people per hour.

In total, a 20-hectare area of pistes in the Schlossalm ski area will be remodeled. To facilitate manmade snowmaking of the new as well as existing pistes, a reservoir will be built capable of storing 150,000 cubic meters of water.

Detailed planning is currently underway. A major portion of the contracts for the project have already been awarded. The most intensive construction period will be during the summer months of 2017 and 2018. The new Schlossalmbahn will go into operation in December 2018. This year will also see minimal restrictions in summer operations of the Schlossalm: It will not be possible to offer guided scooter and mountain-cart tours this year, since the course runs right through the construction zone.

Immediately after the snow thaws, the major earthmoving work in the area between the line of the Haitzingalm double chairlift and the funicular will get underway. Areas affected will include the reservoir – the Brandbichl piste site (Sendleiten section) and an avalanche-protection dam, with material being relocated between the individual building sites as necessary. 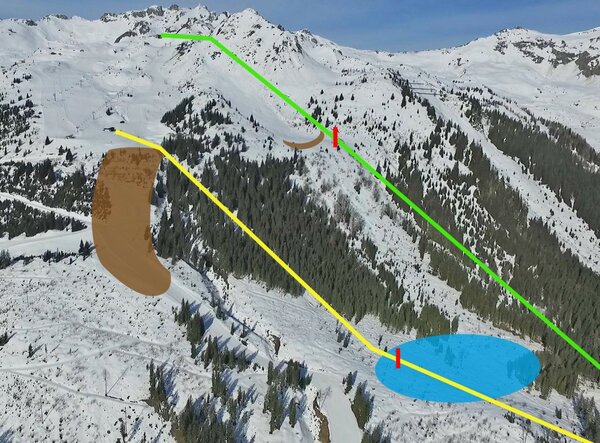 Station Buildings for the Schlossalmbahn

Foundation of the red area 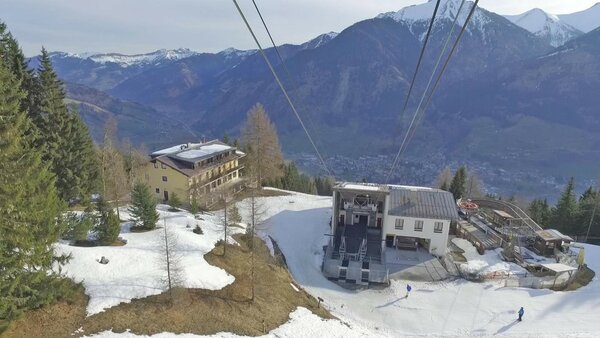 The existing building "Kitzstein" is being torn down

Construction Work along the Line of the Gondola Lift 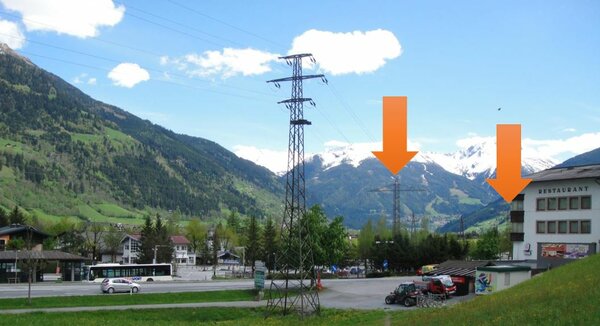 The marked masts will be moved 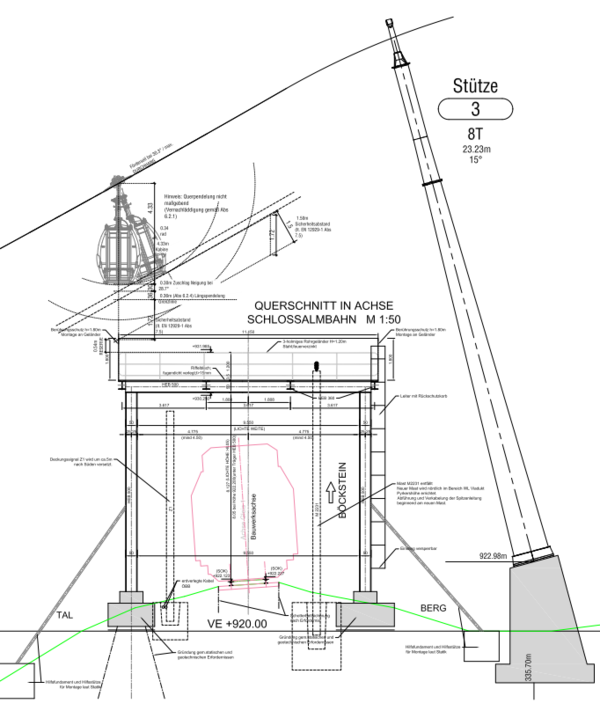 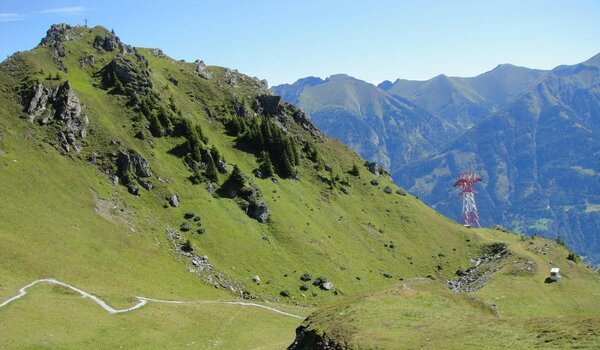 Foundation and construction at the Hirschinger area for the new pillars