The winter paradise of the Gastein Valley boasts another highlight for snowboarders and skiers with a funslope that ensures you´ll have an extra kick compared to the normal downhill run. With a length of 650 meters, the slope with the extra ´twist´ will ensure fun for the whole family, no matter what age or size.

The winter paradise of the Gastein Valley is considered to be a mecca for snowboarders and skiers and they have even a attraction to its 208 kilometres of slopes. Funslope Gastein on the Schlossalm offers this kind of pleasure to winter sportsmen and women, regardless of ability or age. The funslope allows snowboarders and skiers to take a run through a specially designed course that includes many a twist and turn, boxes, rails and kickers. With the low inclines, it means newcomers to the sport can cut their teeth on the mellow and versatile features, with the emphasis being on fun for the whole family. Spanning 650m, the Funslope Gastein provides extended riding pleasures and is sure to put a smile on even the most experienced skier’s or snowboarder’s face.

The Gastein Funslope starts off with a Butter Box for racers to slide effortlessly over, with no experience needed, before the slope curves round with a high bank allowing you to gain more speed with no fear for the two 6m Tunnels that you pass through. As you emerge from the tunnels, you´re faced with two Kickers to soar over before you come to another curve. Next up comes the Rainbow Box before you come to the next Kicker section which leads you straight into a Banked-Run and a Waved-Run that´ll make your head spin. As you come into the closing straights you zoom through another tunnel before you´re faced with the last two Kickers and the 10m iconic Snail before you cross the finish line.

For those of you, who can hardly wait to lay down your tracks on the Funslope Gastein the “Sendleitenbahn” and the 4-seater chairlift “Kleine Scharte” both run directly to the top of the Funslope, allowing you as many runs your heart so desires or your legs can manage in a day!

So: Prepare yourself for a great rollercoaster experience at the Gastein Valley, which you will stay in your head for a while! 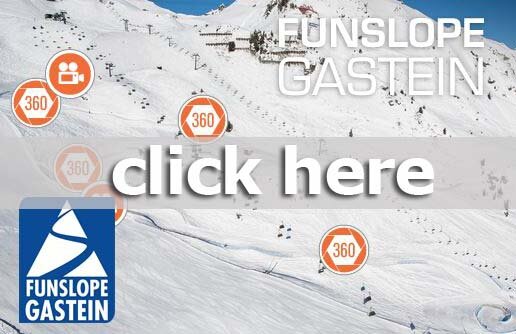 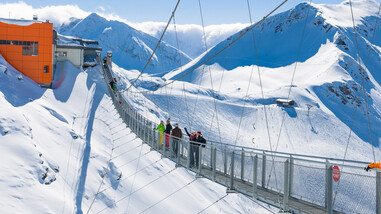 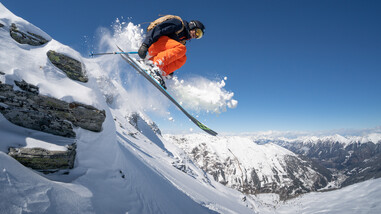 Besides the slopes: Much pleasure for freeriders at Schlossalm.

Which lifts are open in winter and what are their operating times?