Freeriders are increasingly drawn to off-piste terrain. This trend, which is being reinforced by the ski industry with new products for this target group, is naturally also being felt in Gastein. "The ski route is marked accordingly, but is neither prepared nor checked by the piste service. The only control and clearance of the route is in terms of avalanche danger," says Franz Schafflinger of the Gastein mountain railroads.

Course of the ski route

The ski route leads from the Schlossalm to the Angertal. It starts directly at the top station of the Kaserebenbahn and leads via the former Katstall run in the direction of Angertal. Depending on the snow and weather situation, winter sports enthusiasts will thus have a deep snow or mogul slope at their disposal.

"Although we want to take account of the trend, we still want to focus on the issue of safety and personal responsibility," says Schafflinger. Similar to the Kreuzkogel in Sportgastein, an Info Base has therefore been set up near the top station of the Kaserebenbahn. This provides skiers with all relevant information on snow and safety.

"Our goal is to steer the freeriders into "orderly channels". It is not possible that everyone just rides freely without thinking of others. Therefore, we also consciously support the campaign of the province of Salzburg on the topic of "Respect your limits", where, for example, reforestation areas or feeding areas for the game are designated as absolute taboo and quiet zones," adds Schafflinger.

For the advanced freeriders Sportgastein is the hotspot to get into the perfect powder enjoyment.

Safety note: The marked ski routes in Sportgastein are not prepared, not controlled, but secured against avalanches. Outside the routes you are in the free ski area, act exclusively on your own responsibility and move outside the liability of the cable car company! 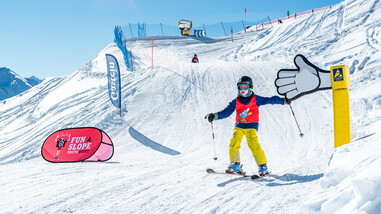 A popular attraction for skiers & snowboarders - the funslope! 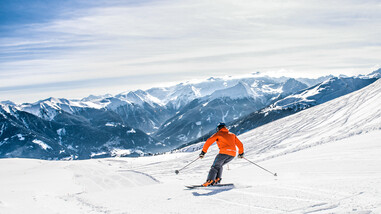 Blue, red & black slopes - get an overview of all slopes! 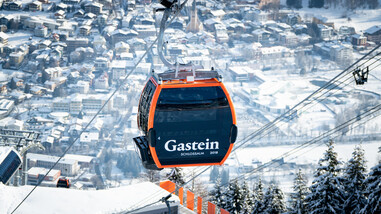 Which lifts and cable cars are open & what are the operating hours?